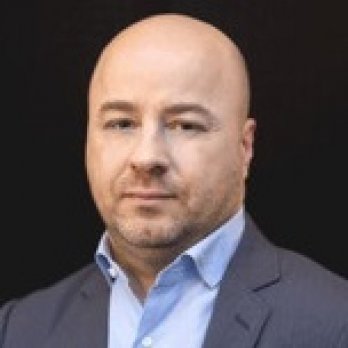 Have you ever heard of the hotel chain Hotels & Preference? 150 hotels and 20 destinations? Cyril Vaussard, a Vatel in Paris alumnus, class of 1991, co-founded it in 2000 and will answer our questions today.

What is your current position?

I’m the General Manager and Co-Founder of the hotel chain Hotels & Preference in Paris. H&P is mainly made up of four and five-star hotels in over twenty different destinations. The diversity of our member hotels is one of Hotels & Preference’s main strengths. This is a response to expectations of our customers who appreciate luxury hotels that have a cozy, friendly and intimate atmosphere. Each hotel must comply with high quality standards, whatever type of hotel it is.

After having obtained my technical high school diploma in Hotel Management in Le Touquet, in the north of France, I wanted to go to Paris and continue my higher education in the hospitality field.

What do you remember the most about when you attended Vatel? A story to tell?

I’ve got lots of good memories of Vatel: very dynamic professors, colorful Carnival celebrations, strong friendships with my classmates with whom I’m still in touch.

Could you tell us about something that was done or said while you were attending Vatel (either in your theoretical and practical courses or during an internship) that still influences you today in your professional life?

Our Math, Statistics & Probabilities course was early on Friday mornings, at 8:30. So you could easily imagine that this would be a bad memory, as Thursday evenings were generally students’ nights out. Could you believe it if I told you that we were all there on time and waiting for the course to start because the professor was simply extraordinary?

What have you done since you graduated? What opportunities have you had?

After graduating from Vatel and finishing my military service (true), I was hired as the Management Auditor in Frontenac Group which owns four four-star hotels near the Champs Elysees in Paris: the Splendid Etoile, the Rochester, the Franklin Roosevelt and the Chateau Fronenac Hotel. I did this job for four years and then was hired as Regional Manager for the Maeva / Pierre & Vacances group.

In 2000, I co-founded Hotels & Preference with Yannick Gavelle, a Vatelien from the same class. In 2005, I opened my first office in the USA working with Jerome Serot, who is also a Vatelien, and I also launched the Preference Gift Cards and Packages.